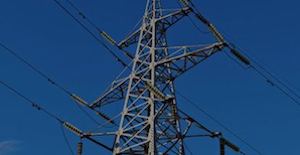 Most Americans are familiar with the government right of eminent domain, also known as condemnation or takings. This legal doctrine, carried over from England, refers to the inherent power of a sovereign nation to condemn private property for public good. There is one significant difference, however, between the England and the American law: in the U.S. the government must pay “just compensation” for the property taken.

Condemnation by the Federal Government

The authority of the federal government to exercise eminent domain is reflected in the Fifth Amendment to the United State Constitution. The Constitution does not actually state that the government has that authority; rather, the Fifth Amendment assumes such authority by imposing a condition on its exercise: “nor shall private property be taken for public use, without just compensation.”1 As the United States Supreme Court stated in an 1879 decision, the right of eminent domain “'appertains to every independent government. It requires no constitutional recognition; it is an attribute of sovereignty.”2

The federal government has most frequently exercised eminent domain to facilitate transportation, public utilities, construct public buildings, and aid in military defense. However, there is no prescribed limit to what qualifies as “public use.” The United States Supreme Court has defined the term broadly to include such things as setting aside open space for future generations, preserving places of historic interest, and protecting environmentally sensitive areas.3 The Court has generally “eschewed rigid formulas and intrusive scrutiny in favor of affording legislatures broad latitude in determining what public needs justify the use of the takings power,” recognizing that “the needs of society have varied between different parts of the Nation, just as they have evolved over time in response to changed circumstances.” 4

The necessary use of lands for the construction of reservoirs or storage basins, for the purpose of irrigation, or for rights of way for the construction of canals, ditches, flumes or pipes, to convey water to the place of use for any useful, beneficial or necessary purpose, or for drainage; or for the drainage of mines, or the working thereof, by means of roads, railroads, tramways, cuts, tunnels, shafts, hoisting works, dumps, or other necessary means to their complete development, or any other use necessary to the complete development of the material resources of the state, or the preservation of the health of its inhabitants, is hereby declared to be a public use, and subject to the regulation and control of the state.5

The Idaho Legislature controls the exercise of eminent domain, prescribing who may exercise the power and under what circumstances. The Legislature has delegated the condemnation power to state agencies, counties, municipalities, public utilities, colleges and universities, quasi-governmental entities such as water and sewer districts, hospital districts, irrigation districts, and in one instance even to individual farmers.

The Legislature has also restricted the exercise of eminent domain in certain respects, prohibiting its use as “a pretext for the transfer of the condemned property or any interest of that property to a private property,” or for “the purpose of promoting or effectuating economic development.”7 The Legislature has prescribed rules that must be followed when a condemning authority seeks to take private property, set forth in Chapter 7, Title 7, Idaho Code.

Responding to a Condemnation Action

In some instances, a landowner whose property is at risk of being taken may be able to challenge the authority to condemn their property or may advocate that the power line, road, or other public use be relocated so as to cause less harm to private property rights. More often the fight is over the amount of compensation that must be paid by the condemning authority for the property being taken.

Idaho law requires that the condemning authority pay at least the higher of the assessed or appraised value or the property being taken. Usually this is all that is offered at the outset. However, the property owner may in some cases be entitled to more than this. Idaho law requires that property owners be compensated based on the “highest and best use” of their property which may be greater than the value under its current us. In addition, Idaho law allows the recovery of “severance damages” which refers to the diminishment in value to the portion of the owner’s property that is not physically condemned but still harmed by the condemnation. In certain circumstances the property owner can also claim “business damages” if the condemnation will impair profitability of a business.

Enlist an Idaho Eminent Domain Attorney to Help You

Our team of experienced real estate lawyers has represented government and other entities in exercising eminent domain as well as private property owners in defending against eminent domain threats and in negotiating just compensation. If you need legal assistant with eminent domain, call us toll free at 877.232.6101 or email us at racine@racineolson.com to schedule an appointment.

Lawyers in this practice
Contact Us
Practice Areas
Related Practice Areas
Client Reviews
★★★★★
"When it comes to our business work, we trust Racine Olson.” Premier Technology Inc.
★★★★★
“Randy has been our family’s attorney for many years. I’ve not only retained Randy to help with our family business, but I’ve used Randy and his firm in more than one complicated issues. I’ve never been disappointed.” Shawn - Previous Client
★★★★★
"Pat George, well there is so much I can say…. EXCELLENT lawyer! He leaves no stones unturned. If you are in need of an excellent Lawyer I would highly recommend Pat George. He turned a life threatening accident into a life changing event.” Personal Injury Client
★★★★★
"The attorneys here are just fantastic my dad and I are big fans…they are the best in Pocatello. I have lived in Poky my whole life” Previous Client
★★★★★
“I had been to many other law firms concerning my case. They were willing and able to help me out and I feel confident that they will do what is best for me.” Previous Client
★★★★★
"Fred Lewis is very knowledgeable, courteous, and efficient in explaining everything you need to know to help you win your case. He truly cares about you as a person and is on your side." Workers' Compensation Client
View More
Submit a Law Firm Client Review