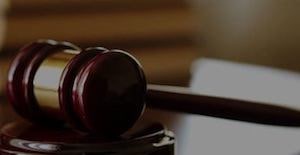 When the ownership, validity, or extent of a water right is disputed, a lawsuit may be filed to have a judge resolve the dispute. This is called an adjudication. Idaho law allows private adjudications to resolve disputes between individual water users, but in recent history most water rights have been adjudicated on a regional basis through a general adjudication.

The historic Snake River Basin Adjudication (SRBA) was initiated by the Idaho legislature in 1987 to inventory all of the water rights in the Snake River Basin. A special court system in Twin Falls was created to manage this large and complex case. It concluded in 2014 after resolving nearly 160,000 water right claims. We were heavily involved in the SRBA, representing numerous individual water users while also participating in several “basin-wide” issues which defined more global issues affecting all water users.

As the SRBA neared completion, the State of Idaho initiated an adjudication of water rights in northern Idaho beginning in 2008. This case is being handled by the court in Twin Falls because of its specialized expertise in water rights, and is ongoing.

More recently the Idaho Department of Water Resources (IDWR) has conducted a number of informational meetings to discuss a proposal to adjudicate the water rights in the Bear River Basin. If commenced, this adjudication would include both surface and ground water rights in those portions of Bannock, Bear Lake, Caribou, Cassia, Franklin, Oneida, and Power Counties within the Bear River Basin.

Lawyers in this practice
Contact Us
Practice Areas
Related Practice Areas
Client Reviews
★★★★★
"When it comes to our business work, we trust Racine Olson.” Premier Technology Inc.
★★★★★
“Randy has been our family’s attorney for many years. I’ve not only retained Randy to help with our family business, but I’ve used Randy and his firm in more than one complicated issues. I’ve never been disappointed.” Shawn - Previous Client
★★★★★
"Pat George, well there is so much I can say…. EXCELLENT lawyer! He leaves no stones unturned. If you are in need of an excellent Lawyer I would highly recommend Pat George. He turned a life threatening accident into a life changing event.” Personal Injury Client
★★★★★
"The attorneys here are just fantastic my dad and I are big fans…they are the best in Pocatello. I have lived in Poky my whole life” Previous Client
★★★★★
“I had been to many other law firms concerning my case. They were willing and able to help me out and I feel confident that they will do what is best for me.” Previous Client
★★★★★
"Fred Lewis is very knowledgeable, courteous, and efficient in explaining everything you need to know to help you win your case. He truly cares about you as a person and is on your side." Workers' Compensation Client
View More
Submit a Law Firm Client Review