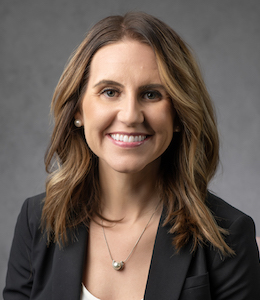 Heidi is an experienced and skilled litigator and has successfully argued cases to the Ninth Circuit Court of Appeals and Washington appellate courts as well as Idaho and Washington state, federal, and bankruptcy trial courts.

Clients value Heidi’s hands-on, problem-solving approach and her ability to clearly communicate the nuances of any legal issue.

Heidi was born and raised in Pocatello and is thrilled to have settled permanently in Pocatello with her husband and children. Heidi is a fitness enthusiast who loves teaching group cycling classes.

Heidi earned her law degree from Seattle University School of Law in 2009. During law school, Heidi worked as a law clerk for a Seattle law firm, volunteered with the King County Bar Association Family Law Clinic, was the recipient of the CALI Excellence Award for Client Interviewing, Settlement and Negotiation, and participated in the Capital Appeals Clinic. Heidi earned a bachelor’s degree in journalism and political science from the University of Montana in 2004, where she was active as an “Advocate.”