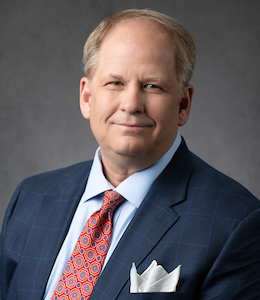 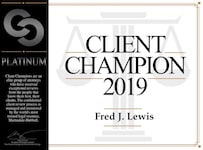 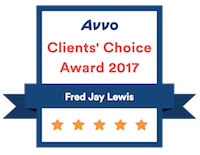 Fred began protecting the rights of Idaho working people in 1988. Indeed, he helped shape Idaho law through briefs and argument which extended the statute of limitations for injured workers in Idaho. (Ryen v. City of Coeur d’Alene, 115 Idaho 791, 770 P.2d 800 (1989).) Fred has continued the fight to make sure working people in Idaho are paid all their benefits. (Corgatelli v. Steel West Inc., 157 Idaho 287, 335 P.3d 1150 (2014).) Fred’s victory before Idaho Supreme Court established a rock solid ruling that gives injured Idaho workers the ability to defeat claims made by Idaho worker’s compensation insurance companies requiring the injured worker to pay back worker’s compensation benefits if they obtain a recovery from a third party. (Maravilla v. Simplot, Idaho __, 387 P.3d 123 (2016) Fred continued the fight for injured immigrant workers when he brought together a team of Idaho lawyers from three different law firms and helped craft the winning arguments in the landmark workers compensation case of the 21st century. The case is known as Marquez v. Pierce Painting, Inc. 164 Idaho 59, 423 P.3d 1011, (2018). In this case the Idaho Supreme Court awarded disability benefits to undocumented workers, despite the unlawful nature of their employment. These four cases have and will continue to result in the payment of tens of millions of dollars in additional benefits to injured Idaho workers for decades to come.

Martindale-Hubbell established a rating system for lawyers over 150 years ago and it is still the trusted gold standard indicating which lawyers have the highest ethical standards and professional ability. Martindale-Hubbell’s “AV Preeminent” Peer Review Rating award is bestowed on fewer than 5 percent of all lawyers nationwide and it is a testament to the fact that a lawyer’s peers rank him or her at the highest level of professional excellence. Based upon a vote by Idaho lawyers and judges, Martindale- Hubbell has awarded Fred the “AV Preeminent” Peer Review Rating Award in workers’ compensation and personal injury cases. This is the highest rating a lawyer can be given by this trusted organization. Martindale-Hubbell has also awarded Fred the “Client Distinction” award for 2013, 2014, 2015, 2016, and the “Client Champion Platinum” award for 2017, 2018 and 2019, based on all 5 out of 5-star client reviews posted on its website.

AVVO.com is nationwide online lawyer rating and referral website with rankings on 97% of all the lawyers in the nation. AVVO.com has awarded Fred a 10.0 out of 10.0 lawyer rating in Workers’ Compensation. AVVO.com has also awarded Fred the “Clients’ Choice” award in Workers’ Compensation for 2015 and 2017 based on his outstanding client reviews posted on its website. Fred has twenty-six 5 out 5 star reviews on AVVO.com which is more than any other worker’s compensation lawyer in the entire State of Idaho.

Fred has successfully settled hundreds of workers’ compensation cases for working people in Idaho and he has won numerous cases before the Idaho Industrial Commission and Idaho Supreme Court. Here are some examples:

Fred comes from blue collar roots. His father, Max, was a committed lifetime member of the Teamsters Union. His mother, Dora Dean, grew up on a farm and taught Fred the value of hard work and service to others. Growing up in a blue-collar working-class neighborhood of honest hard working people instilled a passion in Fred to fight for those injured in the workplace. He and his wife lovely wife Ann have three children and eight grandchildren. Fred is a lifelong fly fisherman, big game hunter and fan of the Boston Red Sox.

Fred practices law so he can help working people obtain the money and benefits they are legally owed when they are injured and need it the most.