Recently the Idaho Supreme Court had an opportunity to discuss premises liability and slip and falls which occur in stores. The case is called Brooks v. Walmart Stores, Inc._Idaho_, _p.3d (2018). In this case, Walmart and Rug Doctor had an agreement where customers at Walmart could rent carpet cleaning machines. The process by which a customer obtained the rental was self-service. On the day of the accident, Brooks went to Walmart to purchase some wood chips for her yard. When she went to a cashier, she was directed to customer service. From there she was escorted towards the garden center. As she walked towards the garden center, she passed the self-service Rug Doctor kiosk and slipped and fell due to a puddle of water that had formed and had come from the Rug Doctor kiosk. As a result of the fall, Brooks was injured.

The Supreme Court noted that in an action for negligence Idaho has four elements;

END_OF_DOCUMENT_TOKEN_TO_BE_REPLACED 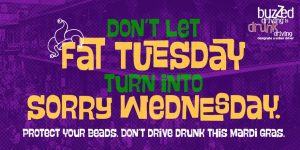 The NHTSA (National Highway Traffic Safety Administration) reports that each year almost 10,000 people die on our nation’s roadways as a result of impaired driving. The number of lives lost is the equivalent of 20 jumbo jets crashing. Between the hours of midnight and 3 a.m., a life is taken every 23 minutes as a result of a drunken driving crash.

The Idaho Department of Transportation, Office of Highway Safety will launch its annual safety campaign “Mobilization – Impaired Driving” on March 10 and will continue the push to raise public awareness through March 20th. Impaired driving crashes are those where the investigating officer has indicated that alcohol and/or drug impairment was listed as a contributing factor in the crash. Idaho had 96 fatalities in 2013 as a result of impaired driving which represents 45% of all fatalities. The cost to Idahoans of crashes caused by driving while under the influence was approximately $750 million in 2013.

Alcohol impairs your ability to drive and it also impairs your judgment about whether or not you can or should be driving. All too often, people think they are okay to get behind the wheel because they are not falling down drunk. Crash studies indicate that driving while slightly impaired or with a bit of a “buzz” will cause a person to be a danger to others.

END_OF_DOCUMENT_TOKEN_TO_BE_REPLACED

On Tuesday, February 21, 2017, gusty winds up to 27 miles per hour caused the crash of a commercial vehicle hauling a mobile home on U.S. Highway 93 near Twin Falls. The trailer with the mobile home dislodged from the Volvo commercial truck as the driver came around a curve near milepost 43. The trailer dumped the mobile home which tipped over and skidded across the two northbound lanes of the highway. The truck driver was wearing a seat belt and was not injured in the crash.

ISP closed the two northbound lanes as wrecking crews worked to the clear the scene. The highway remained closed for approximately four hours to protect other motorists from the crash area.

Then on Thursday, February 23, 2017, at approximately 5 am, ISP investigated another commercial vehicle crash involving two vehicles on I-84 close to Bliss at milepost 142. A 2009 Freightliner hauling a box trailer was driving eastbound while another commercial truck heading in the same direction jackknifed in the lane of travel causing the two vehicles to collide. Both drivers were wearing seatbelts. The crash caused the lanes of travel on I-84 to be blocked for approximately three hours resulting in significant delays.

END_OF_DOCUMENT_TOKEN_TO_BE_REPLACED

National attention was directed towards the harrowing accident of 8 year-old Maddie Spears, niece of pop singer Britney Spears, which occurred nearly two weeks ago. After a crash on a Polaris All-Terrain Vehicle (ATV) on the family’s property in Louisiana, Maddie was airlifted to a nearby hospital and left unconscious for two days. Her recovery has been described as nothing short of miraculous. The 8 year-old apparently swerved to dodge a drainage ditch and flipped the Polaris ATV.

ATVs (all-terrain vehicles) and UTVs (utility-task vehicles) are widely used by families not only for recreational purposes but also for work-related uses, especially in rural areas. Data from the Motorcycle Industry Council and the Specialty Equipment Market Association indicates that ATV sales in the U.S. have increased substantially over the past 10 years.

END_OF_DOCUMENT_TOKEN_TO_BE_REPLACED

The ISP reports that a pedestrian was killed on Friday evening, February 17, 2017. Around 9:00 p.m. a 44 year-old male from Yakima, Washington walked into the lane of traffic on I-84 at the Exit 27 off ramp for Centennial Road in the City of Caldwell, Canyon County. A pick-up driven by a 27 year-old from Caldwell struck the pedestrian causing fatal injuries. The off ramp was blocked for approximately two hours. The crash is still under investigation by the ISP.

When walking, it is important to be aware of your surroundings and be watchful for unexpected situations. Walking with headphones reduces your sense of hearing and increases the likelihood that you will be struck by an approaching vehicle or bicycle. Talking or texting on a cell phone while walking can distract you and take your attention away from the environment around you.

END_OF_DOCUMENT_TOKEN_TO_BE_REPLACED

A two-vehicle injury crash occurring on February 17, 2017 at approximately 10:07 a.m. blocked the northbound lane of State Highway 77 for nearly an hour near Declo. ISP reports that Juan Palomo, Jr. of Evanston, Wyoming was driving eastbound on I-84 at the milepost 216 off-ramp. Palomo’s vehicle crossed State Highway 77 and pulled in front of a vehicle on I-84 being driven by Lloyd Thornton of Declo. Thornton struck Palomo’s vehicle and came to rest in the northbound lane of State Highway 77. Both injured drivers were wearing seat belts. Personal vehicles transported the injured motorists to local hospitals.

ISP continues to investigate the crash and has not yet provided an update as to the type of injuries sustained by the belted drivers. Emergency crews blocked the northbound lane of Highway 77 as they worked to clear the scene of the accident.

END_OF_DOCUMENT_TOKEN_TO_BE_REPLACED

AAA recently reported that the Idaho death rate for vehicle crashes increased in 2015 to 16.1%, more than two times the national average. Studies indicate that in many cases, aggressive motorists who think they can outperform others on the road create dangerous driving conditions. Also, another known contributing factor in crashes is distracted driving which continues to be on the rise.

For the most part, Idaho is considered a safe place to live, work, travel, and play. With hundreds of mountain ranges, fifty of which have elevations of 10,000 feet above sea level, it is no mystery why Idaho is called the Gem State. There are 31 scenic byways totaling 2,468 miles of road. Steep, twisting mountain highways with sharp corners can be hazardous for motorists. Inexperience, inattention and under-estimating the difficulty of travel can lead to harmful and/or deadly crashes. In addition, Idaho’s population is growing as many are drawn to the opportunities urban areas provide resulting in higher traffic volumes on the roads each day.

ITD plans to partner with legislators and state and local law enforcement agencies to identify traffic safety problems, gather data and use the data to implement public awareness campaigns and programs to reduce the number of injuries and deaths resulting from motor vehicle crashes on Idaho roads.

END_OF_DOCUMENT_TOKEN_TO_BE_REPLACED

Idaho law defines punitive damages as “damages . . . over and above what will compensate the [suing party] for actual personal injury and property damage.” They are extra damages that serve the public policies of punishing a wrongdoer and deterring future, similar behavior. For example, if a trespasser enters your property and cuts down a tree worth $100, you could seek compensation for property damages in the amount of $100. In addition to these compensatory damages, you could also obtain punitive damages by showing by clear and convincing evidence that the trespasser’s behavior was “oppressive, fraudulent, malicious or outrageous.”

END_OF_DOCUMENT_TOKEN_TO_BE_REPLACED

I-86 Closed Near Raft River Due to Standing Water

Idaho State Police report that I-86 at milepost 14 has an estimated one and a half feet of standing water for a 200-foot stretch just east of the I-84/I-86 (“the split”) interchange near Raft River. The Idaho Department of Transportation closed Interstate 86 on Monday between mileposts 0 and 36 because of flooding over the Raft River bridges.

There is not yet an official alternate route around the closed section of the interstate. Motorists are being warned via the electronic reader boards at Glenns Ferry and Pocatello of the closures. Bridges over the Raft River for alternate routes are in the same flooded condition as the interstate bridges. Map out your trip prior to leaving home and check for road conditions and closures to choose the safest way to arrive at your destination.

END_OF_DOCUMENT_TOKEN_TO_BE_REPLACED

How many of us have ever gotten up on a work day and thought to ourselves, “I just want to stay in bed”?  How many of us on a weekend have spent the day lounging around, whether in bed or a recliner in front of the TV?  Occasionally, this indulgence is a wonderful refresher.  However, being confined to a bed or recliner can result in serious injury.

You have no doubt been to a nursing home and noticed that some of the patients are confined to their bed.  The caregivers in these institutions must be aware of the danger of decubitus ulcers on these fragile patients.  These ulcers are commonly knowns as “bed sores” and are much easier to prevent than to cure.  In fact, every year people pass away due to infections from bed sores that never get treated properly.  A bed sore usually occurs over an area where the bone is close to the surface.  This causes pressure on the skill from both the bone and the outside environment.